“Cities amplify themselves, repeatedly. They emerge and disappear while they continue to integrate themselves”. It’s this consideration that motivated Japanese photographer Sohei Nishino to start his journeys from place to place and create his impressive panoramic series, made of thousands of photographs combined, half way between a map and a diorama. Sohei’s experience is not just a mere transposition of topography into collage, Nishino exacerbates the concept of topographic mapping, extending it to different aspects of the existent, to the experience of men in space and in time, integrating his personal point of view. In making his urban panoramas he doesn’t differ much from the modus operandi of ancient cartography – Sohei himself admits being influenced by the observations made at the beginning of the 19th century by Japanese cartographer Inō Tadataka and considers them the frame of reference for the beginning of his artistic research. The rigorous precision of satellite photography was not available to ancient cartographers. Therefore the distorted perception of spaces, derived from an exploration of the territory where the perspective of the observer was inevitably limited at ground level, led to an aleatory reconstruction during the mapping process. The final representation wasn’t truthful to the real proportions of the space analyzed but gave more importance to what was useful for the exploitation of natural resources or for commercial exchanges, more in general, to what served men for their understanding and experiencing of the world around them, consequently enhancing social activity.

In the work of Sohei Nishino the planimetric view comes from his interpretation and aims to give an overall view of different levels (geographic, social, and emotional), of what’s visible and not visible that shape, model and animate our cities. The artist elaborates his concepts adding up details constituting a transgression from the exact planimetric rules which need to be scrupulously followed in order to analyze the spaces realistically and transpose them into the language of cartography: it is a conscious disobedience which overturns the functional role of the map. While working on his recent piece “The Po”, Sohei claims to have found in the element of water the driving force of the world, something inextricably connected to the human existence. Nishino “flies”over the longest river in Italy, the Po, which being 650 km long, runs through 4 regions of northern Italy, providing water to those lands which helped the industrial fabric of the country to thrive. Sohei’s artistic research is not limited to the mere transposition of geography in the form of collage, it’s much more than that. He started his journey on the mount Monviso, at the border between France and Italy, and travelled for 45 days, from Turin he followed the river towards the Adriatic sea. During his itinerary he was able to experience the cultural and political environment of these places, meeting the locals who live in the area, fishermen, children, woodsmen, mixing with them and creating a portrait of the human presence near the bed of the river in an image which is able to picture the land, time and memories. A combination of 30 thousand photographs reproduces the essence of the river, a result Nishino was able to achieve after a meticulous and very long process.

He works alone, in a sort of solitary ritual he develops the films in a darkroom, hundreds and hundreds of rolls which he then places onto contact sheets and subsequently cuts to shape, one by one. It’s an infinite and repetitive action which makes him recall his personal experience through the memory of the places he visited, their history, society, buildings, and the people he met who resurface united in their own uniqueness in the general view of the whole picture. The photographic process for Nishino is the unit of measurement between himself and the world – in the same manner a map fulfills its  purpose – and his practice of reconstruction of reality and memory means that every physical movement – both during the production and the elaboration of the project – is strictly connected to the micro and macro perspectives in the depiction of the existent. The different perceptive qualities of the space in our environment don’t alter the space itself, but they intrude our way of experiencing it, making us feel it, from time to time, as a familiar or an alien place.

It seems clear that the geographic transposition, which is the product of the emotive reconstruction of the places analyzed, in the end is realistic in its essence, even with its surreal quality that enables us to have a broader view of the spaces during their transformations, enhancing the connections between the human activity and its surroundings, relations that inevitably get lost in the turmoil of the different points of view which are the cause of individual and deceptive perceptions. We could take as an example the points of reference of a child, forced to experience reality from below, determining a peculiar viewpoint that is incompatible with the angle of view of an adult who observes the same reality from above. This is a very interesting aspect if we consider that our perception is therefore always fundamentally illusory and that photography in itself, as a tool, questions our knowledge of reality.

Misleading perspectives then, where everything is hiding behind something else, in a stratification of visible and invisible levels of the urban landscape and of the assumptions of the people populating it. The map of a city which exists but it’s invisible, where the speculative imagination has to alleviate the lack of descriptive intents of the conventional means of representation of reality. TheI-Land and Yama series well represent this shift of reality to the mnemonic imaginative.

Working on Yama, Sohei climbs a certain mountain for a period of time, studying it and photographing fixed points documenting the change of vegetation over time. The result is the collage of an ideal mountain which exists but at the same time doesn’t exist in reality. Nishino with his shots captures its transformation and eventually its perception during the different time periods, it is always the same mountain but it’s depicted in its life cycle. 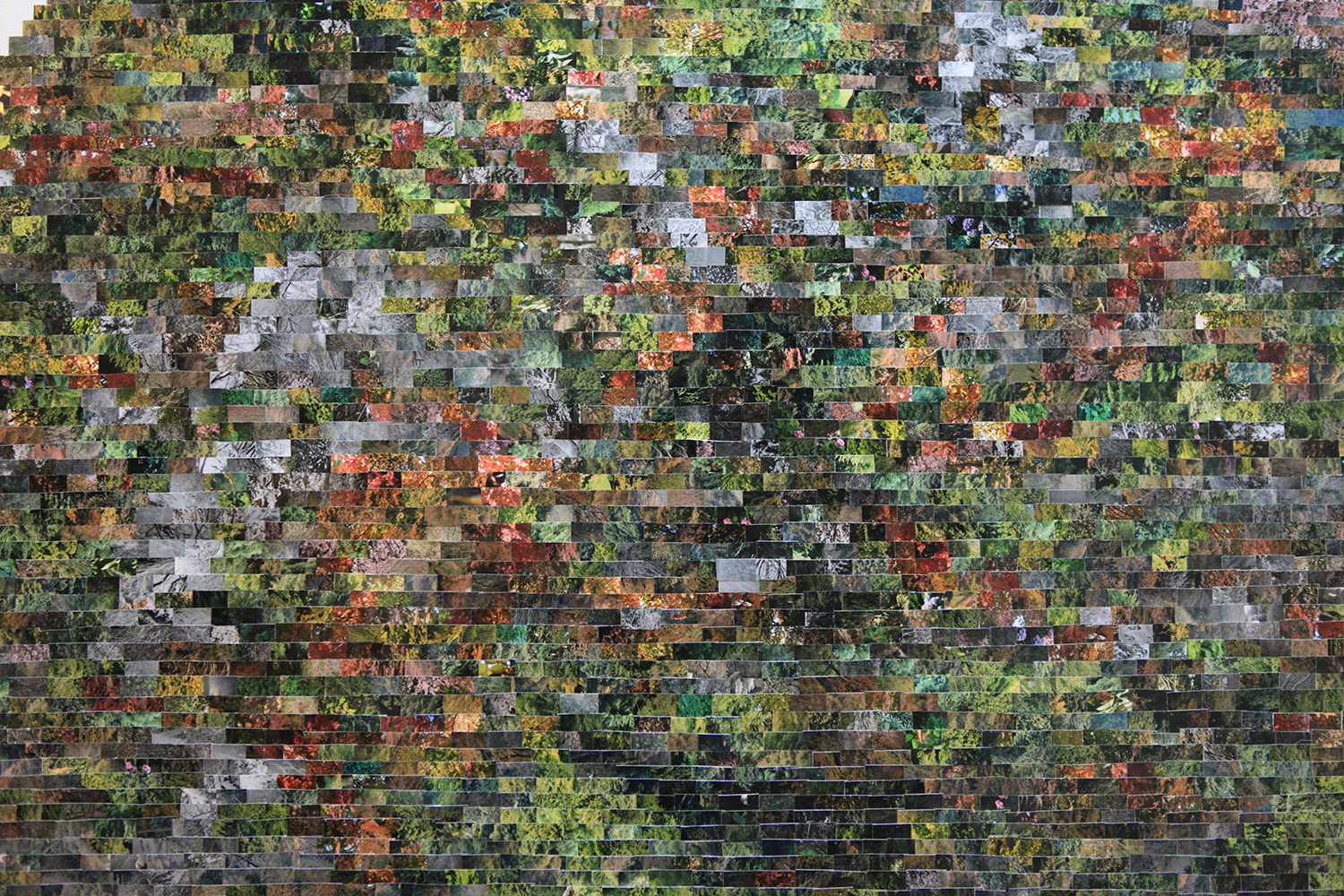 In I-Land, an evolution of Nishino’s diorama maps, the Japanese artist recreates an ideal city from scratch, using photographic fragments from various urban spaces, it is, in fact, a reconstruction of a particular city of personal memory, obtained through the interaction and the relationship between memory and reality, a series of past experiences that recall sensations which come from experiencing certain places that are still alive in our thoughts and in our memories.

Furthermore every imaginary place on one hand echoes and sublimates our perception of everyday life, on the other hand highlights and keeps track of the multifaceted and varied reality that we pretend to understand and rule but incontrovertibly transcends our comprehension, leaving us often stunned and disoriented. Sohei’s maps, like every map, document information about space, but he travels mainly “through time” in search for an unknown past or a possible future transfigured into somebody else’s present. Moreover every thing that exists intersects the imaginative, influencing the intertwined relationship between reality and subjective perceptions, always misleading and intrinsically unreliable.