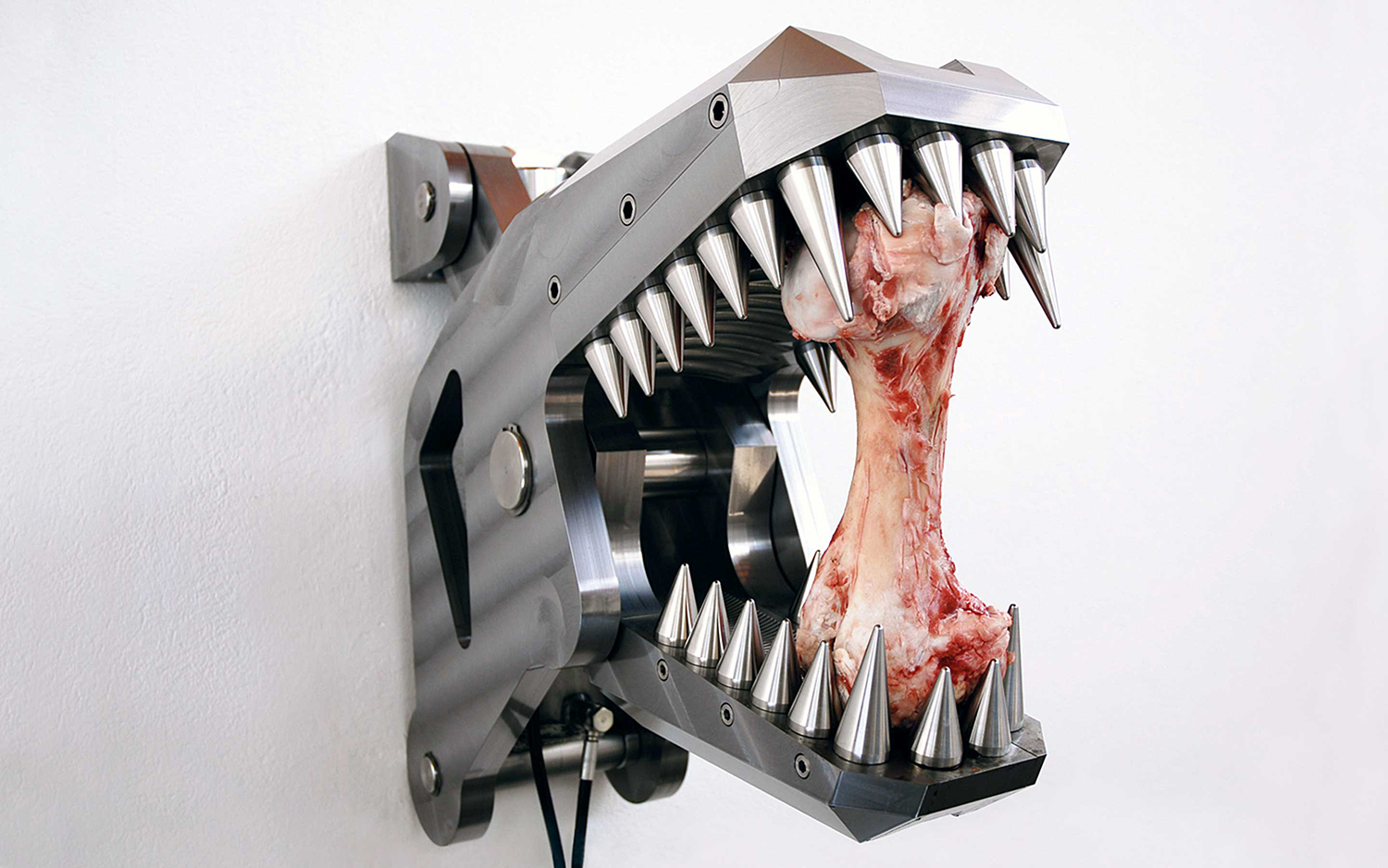 The concept of becoming and the dynamics between risk and possibility 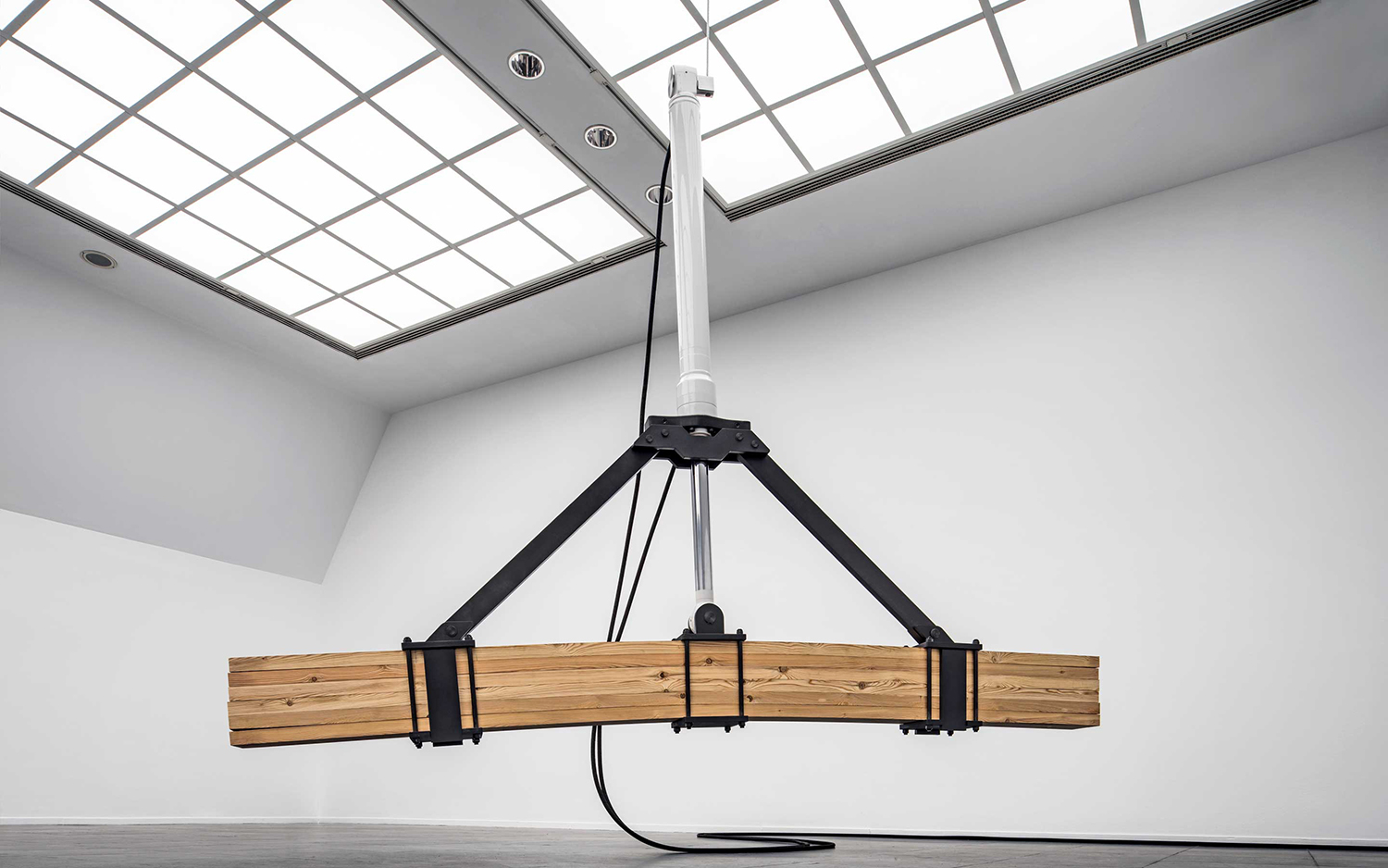 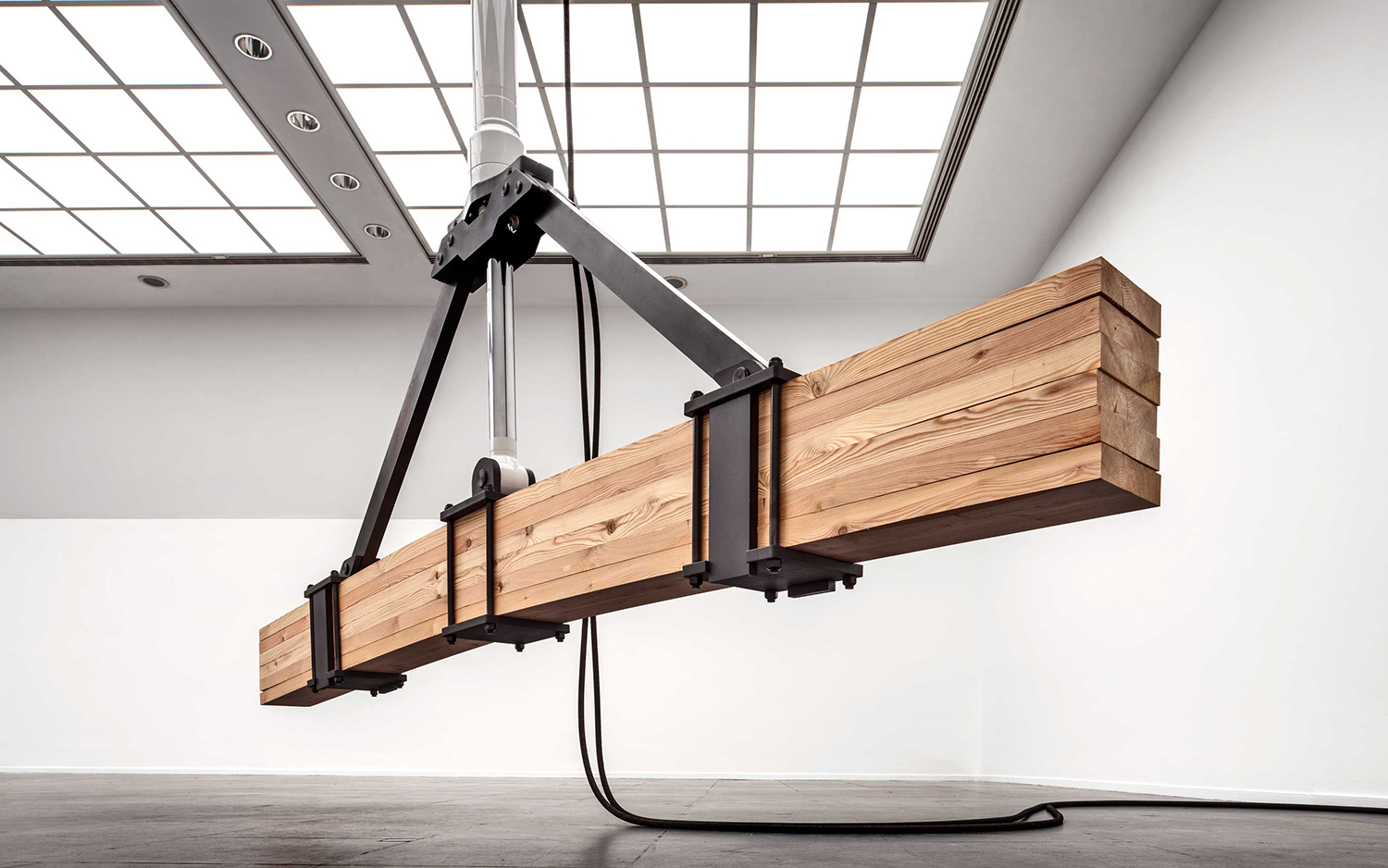 In the history of the Universe as taught by physics, what appears and disappears, or what from energy is transformed into matter and vice versa, the totality of the energy is not what is conserved, but what are preserved are its determinations. They appear and disappear, in their transformative process that begins with the primordial energy that generates them, and to which they return as they always transform themselves back into energy. The creation of individual determinations from the totality of energy and their transformation back into energy does not subtract and does not add anything to the totality of energy itself, because its initial value appears constant over time, in constants that do not increase or decrease the amount of matter that has existed and has conserved for billions of years, in its original meaning and in its determinations, in continuous change.

Physical processes do not create matter, they manipulate it, modify it, transform it, producing other objects with the matter that already exists; “modification”, “transformation” and “production” are the foundations that regulate the fate of all existing entities. Having said that, transformations always involve a degree of risk and this risk can have a positive or negative outcome, it therefore implies failure, but should failure be the outcome of the experimental process, would the risk only assume a negative connotation? “Failure is the sudden eruption of nothingness into existence” said Samuel Beckett, but if we have seen how the existing always has a constant presence over time even in its various forms and vibrations, a positive or negative transformation that occurs, always refers to the field of the existing, representing a possibility, which here we define as risk, so the field of what’s possible tends to the unknown, to the so called “nothing”, that, we can rightly say now, “it’s still something”.

And this is true, if we think about Antonius Block and his short game interval with Death, where he must have experienced more than he would have done during a lifetime. In the end, he certainly loses, but he does something rare. Not only does he transform failure into art, but he manages to make the art of failing a profound part of the art of living. Arcangelo Sassolino, goes even further in the awareness of risk. He is aware that his experiments may not hold up to the forces that he himself puts in place but this possible collateral damage wants to represent an additional value, becoming precisely the existential metaphor of the concepts of risk and failure. His installations explore the behavior and mechanical limits of matter, he forces their characteristics to distort their shape, gravity, pressure, friction, statics, and of each possibility Sassolino contemplates the risks of collapse with its precise timing and programming.

An artistic research focused on the interaction between heterogeneous forces and materials, often of an industrial nature, from which works characterized by a unique aesthetic are born. Arcangelo Sassolino experiments with the possibilities of matter by accelerating a transformative process that forces its physical limits, bringing out the unexpected as a form and as a sound, as he himself states. His dynamic sculptures are configured as systems of great psychic and emotional impact; they are existential metaphors of vital and physical processes linked to the consciousness of the spectator who is constantly placed in a psychological condition of tension and direct confrontation with the risks of a work in which real physical forces, tensions, frictions and pressures are set in motion, transformations that take place between materials and surfaces, masses and structures, spaces and men. The ongoing transformations to which the viewer himself is subjected make the works of Sassolino experimental models of emotion with respect to the sense of destruction and reconstruction in correspondence with emotional cycles, depressions (collapses) and exaltations (explosions) of the possible. 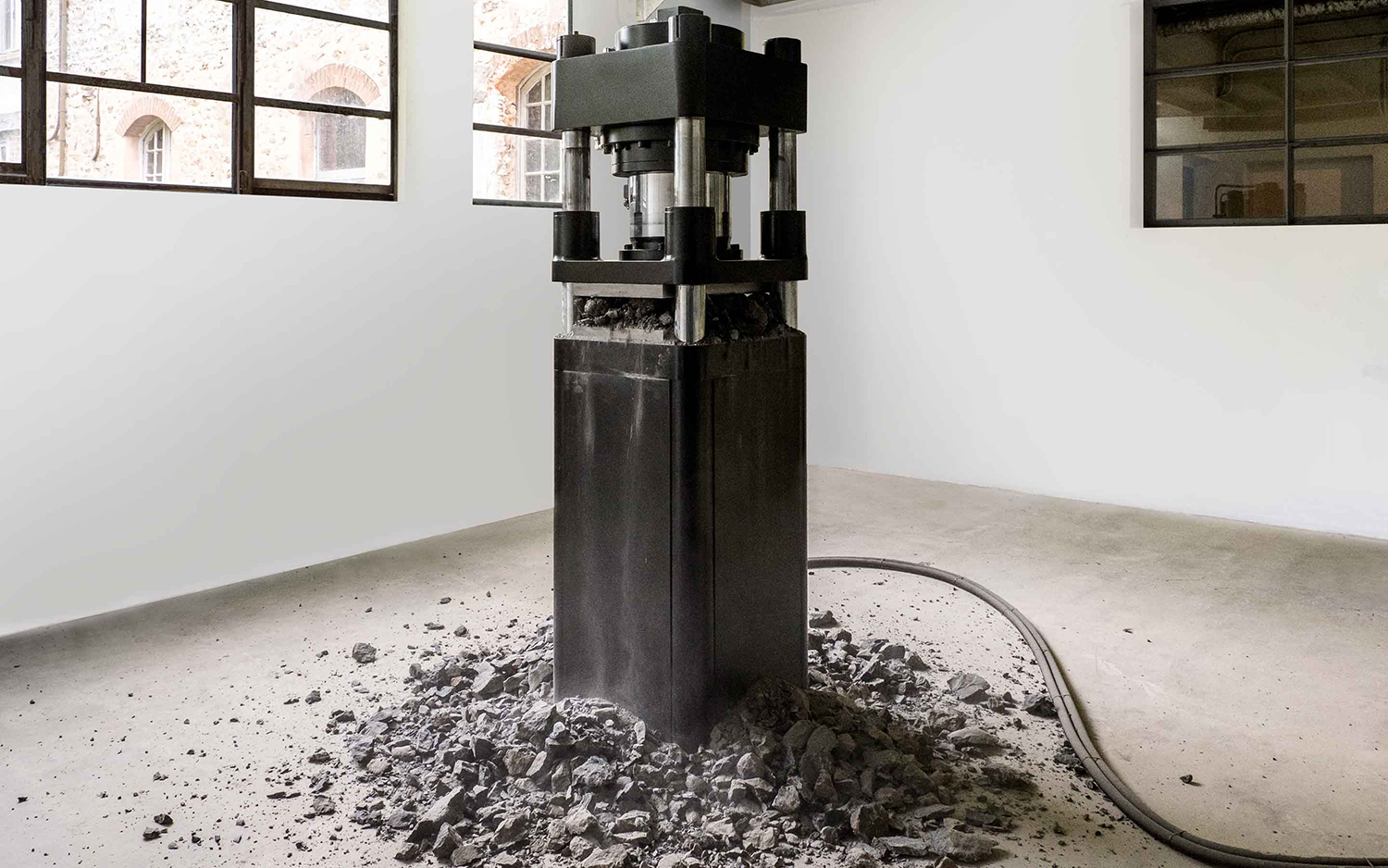 One of the most relevant concepts that Deleuze offers us is the concept of becoming, he criticizes the traditional way of conceiving this concept, for us, conventionally, becoming means to transform, to pass from one state to another state, a series of evolutions that have a starting point and an almost inevitable end point. In Deleuze the becoming takes place in the middle. What does this mean? One of the most complex concepts of his philosophy is explained by Deleuze through the example of the novel Moby Dick. In this novel we witness the confrontation between a whale and a man, this confrontation, encounter, clash, of forces, between two very different and distant subjectivities constitutes in Deleuze the preconditions for the whale to become man and man to become a whale. This does not mean that a transformation is taking place in Ahab and that the whale can become a man. But what really happens at some point is that Ahab, through this interaction, begins to feel, to perceive, to get excited, to plan according to the rhythms dictated by the whale. The whale and the man are taken in a process of becoming that involves them and that transforms them leading them to meet in a middle zone in which one is no longer the whale and the other is no longer the man but they are linked. in a series of relationships, of concatenations that actually transport them into a dimension that is not the one from which they started. So, to start the process of becoming it’s first necessary to be taken, in Deleuze one never becomes voluntarily, it is not a transformation that is asked by our consciousness, it is more like being overwhelmed by a transformation. 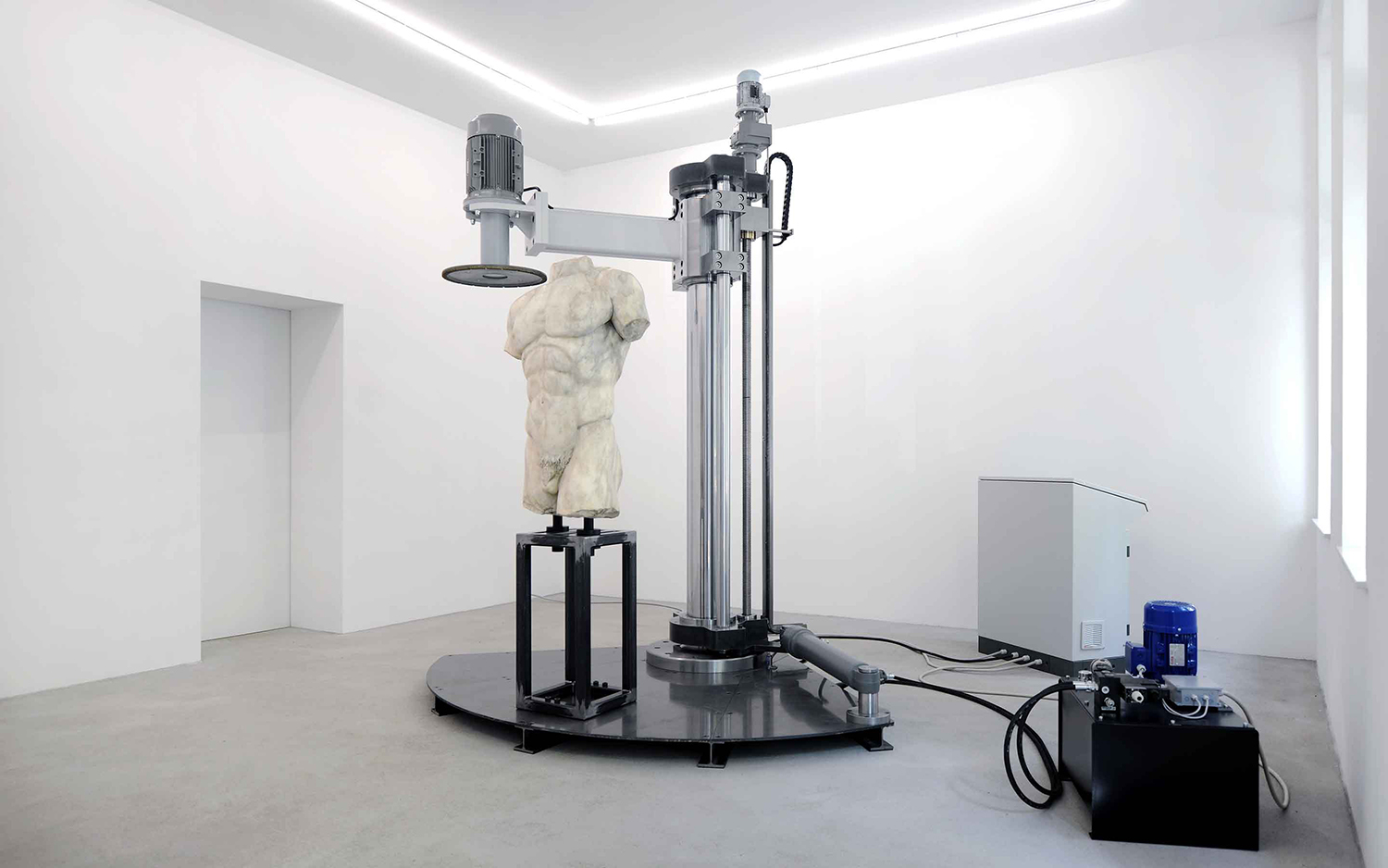 What happens when we stand in front of a work by Sassolino and what happens in the dynamics of the undergoing forces and spaces that come into effect is primarily this principle. This game of balance between forces is especially transposed in the relationship between the whole system and the architecture that welcomes it and, most importantly, in the relationship between the work and the viewer that is placed in a psychological condition of tension and in a direct exchange with the variables of the risks of the installation, producing a real physical sensation. To better understand this point we could just think of installations such as “Rimozione”, at the Galleria Arte e Ricambi in Verona where he removed a portion of the floor from the space of the gallery, raising it, defying gravity, looming over the heads of the spectators. 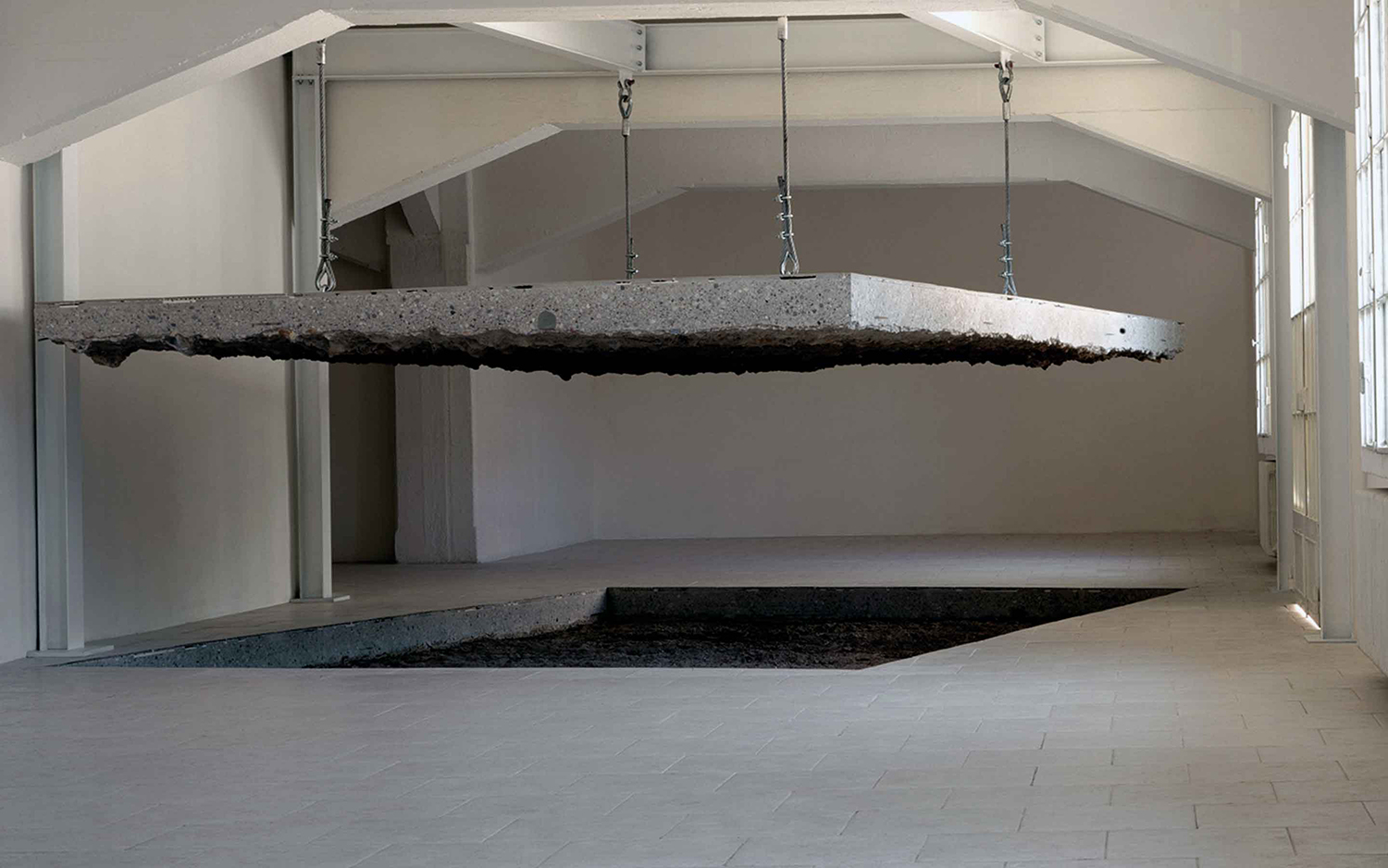 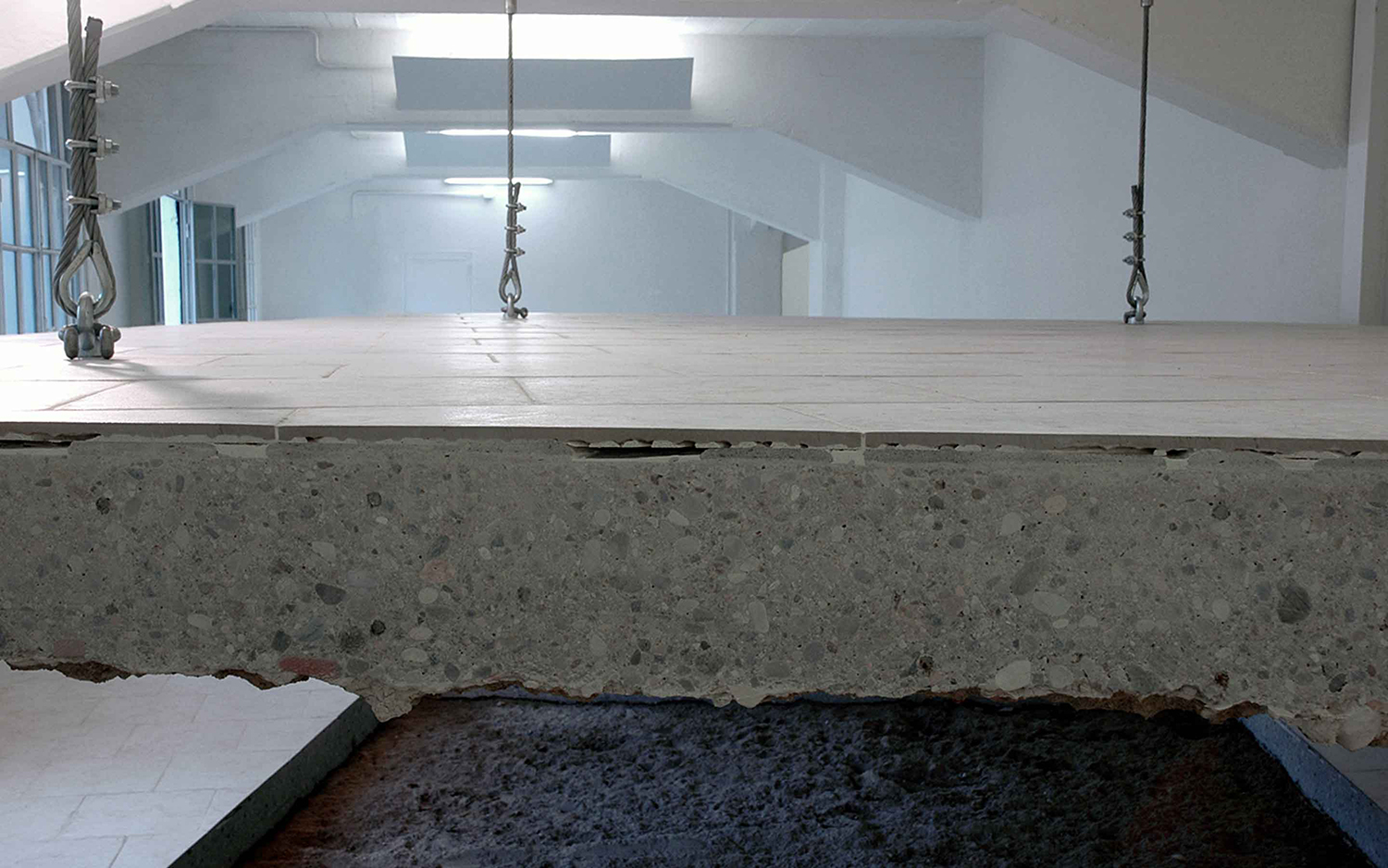 A becoming in the middle, of man and matter that are carried by the forces in action of which the work is composed. In fact, both the trauma of the tear in the floor obtained with the evident use of physical force, and the tension between the gravity of the sculpture and its aerial location are elements that hardly leave indifferent. Contrasts, frictions and scars mark an aesthetic of the risk, based on balances pushed to the limit and which by association of ideas recall those contrasts, frictions and scars that we experience every day simply through our intrinsic existence.